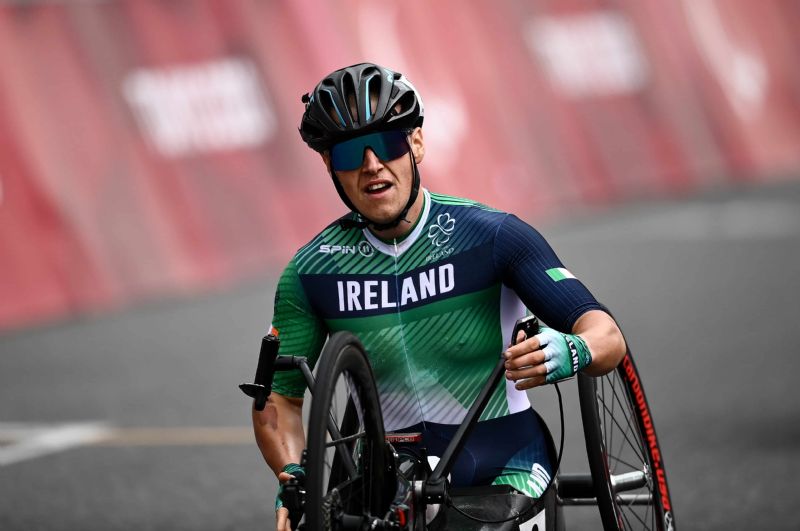 Gary lined out less than 24 hours after his bronze medal performance in the H5 Time Trial the day before.

Such were the extreme conditions for today’s race that out on the rolling course, the descents repeatedly overheated his brake blocks – causing him to fix them on the go.

The 79.2km route on the Fuji International Speedway saw the riders climb multiple ascents on six laps of a loop of 13.2kms.

The average speed through out was in excess of 33 kilometres per hour as repeated attacks went clear but yet were pulled back again and again.

The race stayed together for the first two laps as tactical positioning came into play. Gary stayed safely in the wheels as an attack by USA rider Alfredo del Los Santos and Portuguese rider Luis Costa went clear.

They worked well together but as the bunch pulled back closer, Costa drove on hard chased by Dutch teammates Mitch Valize and Tim de Vries. Gary confidently responded to all those accelerations.

Costa made repeated failed efforts to get away but it was the climb back up to the start/finish straight for the last time that French rider Luc Vergnaud launched a massive attack.

He rode clear and appeared certain to take the gold but the Dutch team had other ideas and in a devastatingly powerful display Valize closed the distance and with just a handful of metres overhauled the French man to take the win.

His Dutch teammate Tim de Vries came in fourth with Gary launching a sprint from the chasing bunch to take a hard earned fourth place finishing in a time of 2:24.57 – just 17 seconds behind the winner. 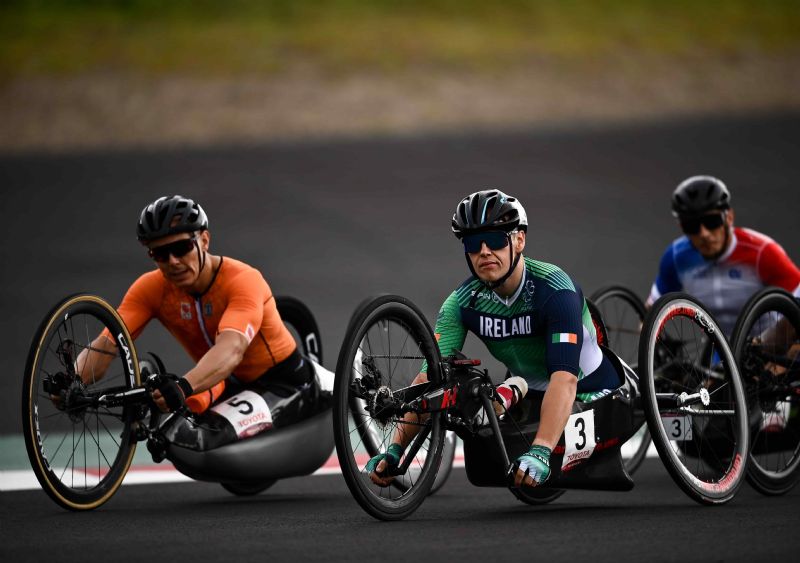 Afterwards Gary spoke to Cycling Ireland about the race and the joy he feels for a job well done at the Games. He said:

“It was tough out there, climbs were very heavy going. It was a real challenge every time up the hill – it was just so hot that it was frying the brake pads. I had to get allen-keys at one point to try and sort that out. The pads were over heating on the steep descents. It just seemed to be a couple of brakes but all the racing was done out the back. Coming through here was mostly cruising. I just knew that the last attack would come so I was just waiting, waiting.”

Gary also sent his best wishes to the people at home.

“I’m chuffed about the Games as a whole. I think fourth today was the best result I could have hoped for to be honest. With the medal yesterday, I’m still struggling to believe that happened, so I think all in all it’s job done. I couldn’t be happier. It is unbelievable to have that medal. I can’t wait to hang it up on the wall at home.  Thanks very much to everyone, I know everyone is up again watching. I hope they enjoyed it, there’s a big screen at home and the family are there watching it. I want to say thanks as well to Midlands Steel for all their support,” he added.

Gary concludes his racing at the Paralympic Games. There is a rest day tomorrow in the cycling competitions but the cycling team will be back in action for their last races on Friday, 3 September.

Gold and silver medalists Katie George Dunlevy and Eve McCrystal will be back for the B3 road race at 5am Irish time.

The day finishes with Martin Gordon and Eamonn Byrne B1 road race also at 5am.