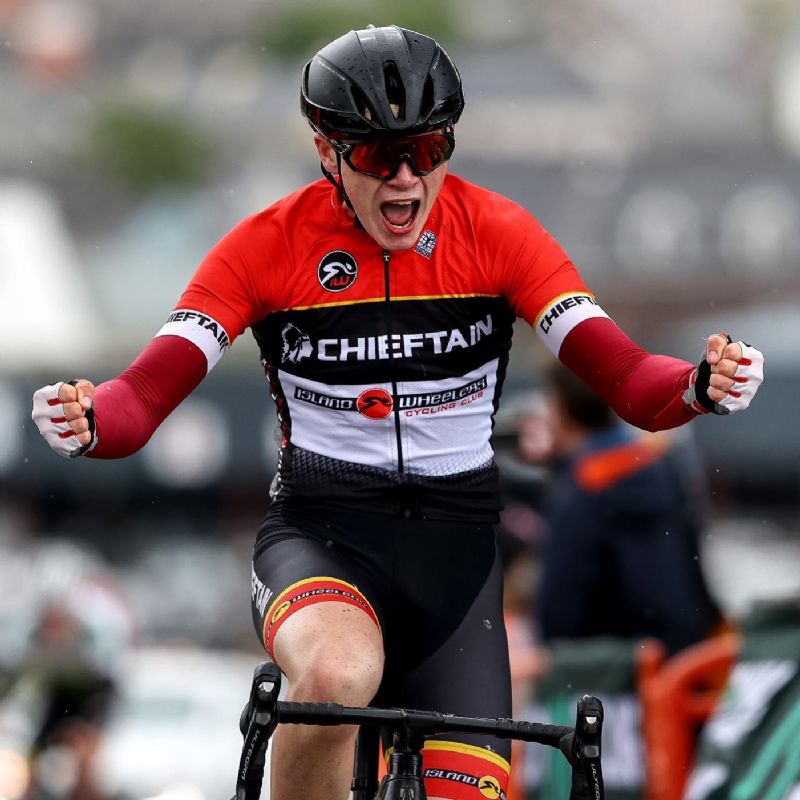 Oisin Ferrity (Island Wheelers) and Erin Grace Creighton (McConvey Cycles) made it two victories for Ulster in the junior road race championships in Kanturk, with both riders winning their races in an uphill sprint to the line.

Ferrity was one of six riders who reached the finish together in the junior men’s race, with 119 tough kilometres splintering the peloton and making it very difficult to close down the day’s breakaway riders. The first year junior had been active all day, bridging across to two early leaders with four other chasers, and maintaining enough energy to fend off challenges from fresher riders as the race progressed.

“It’s brilliant,” he said after the medal ceremony. “I went out in an early break, the first main group of four, and we jumped across to another couple of riders. Then we had a few riders dropping and jumping across from the groups, but I was out front all day.

“This is something I have worked towards all year so it is great.”

Being a first year junior makes the achievement all the more special for him. “I get to wear the jersey all year and then hopefully defend it next year.”

The day’s first attackers were Matt Griffin (O’Leary Stone Kanturk), Finn McHenry (The Cycing Academy) and Timothy Lane (JRC Interflon Race Team), who went clear in the early kilometres of the 59 kilometre opening loop. Lane slipped back and was picked up by a chase group comprising Ferrity, Rory Gallagher (Castlebar Cycling Club), Daragh McGee (Dungarvan CC) and Darragh Doherty (VC Glendale). His earlier efforts cost him his place with those riders, who successfully bridged up to Griffin and McHenry.

The peloton was a minute and a half back and while various riders tried to get across, nothing was able to bridge.

Shortly after starting the first of four 15 kilometre laps of the finishing circuit, McHenry applied pressure on the tough early climb. This put an end to the chances for Gallagher and Griffin, who were each dropped and reeled in by the bunch. McGee would also lose his place out front, yielding to the pressure the second time up the climb.

Ruairi Byrne (Pinergy Orwell Wheelers) attacked from the peloton and chased hard, eventually being joined by his teammate Tadhg Killeen and Curtis Neill (Carn Wheelers). They were approximately 20 seconds behind the leaders starting the second of the smaller laps, and caught them soon afterwards. That made it six out front, and this number increased to eight when Patrick O’Loughlin (Panduit Carrick Wheelers) and Niall McLoughlin (Westport Covey Wheelers) bridged almost exactly one lap later.

McHenry attacked but was hauled back. The increase in pace saw Killeen lose his place in the group. Curtis Neill (Carn Wheelers) was dropped heading into the final kilometres, with Ferrity proving best of the six leading riders on the uphill push to the line.

O’Brien was aggressive from early on, with her surges thinning out the field. The group whittled down to those three riders, with the medals being settled in the sprint.

“Then it came down to a sprint and I knew that suited me, so I was pretty happy. This is the biggest competition you can win in Ireland at our age level. It just feels amazing knowing that I have won it now.” 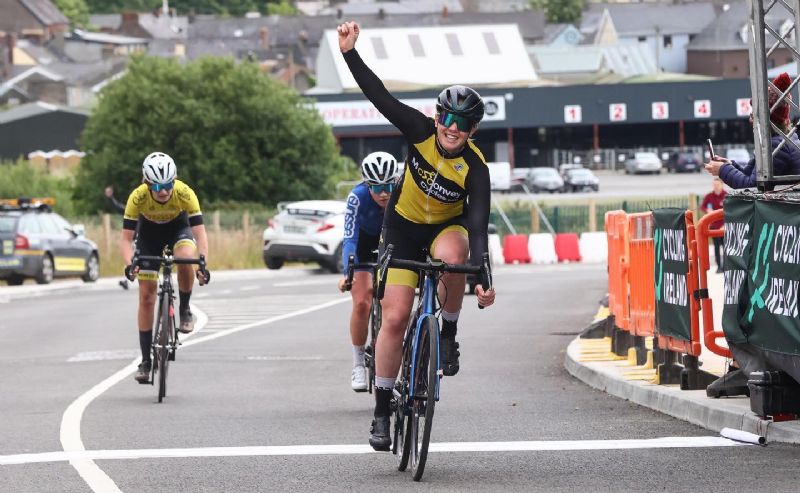