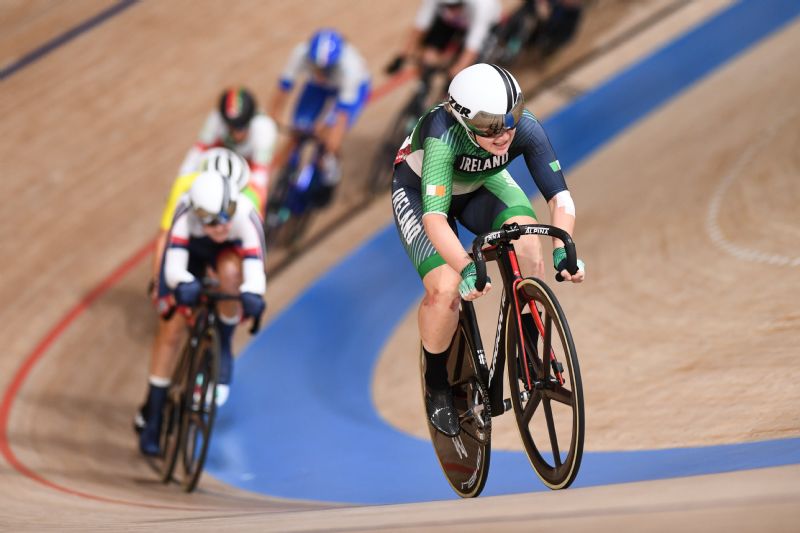 Emily Kay has finished 13th in the Women’s Omnium in her Olympic debut at the Izu Velodrome today. Kay was the last rider to take to the boards for Team Ireland cyclists, and finished the four-race event with a total of 56 points. Jennifer Valente (USA) took the gold medal and Olympic title ahead of Yumi Kajihara (Japan), with Kirsten Wild (NED) rounding off the podium, winning bronze.

In the first Scratch Race, Kay was riding strong until a crash caused her to DNF with several other riders, resulting in a 13th place finish and a total of 16 points. In the Tempo Race, Kay picked up a sprint point, but dropped a lap, and finished 13th again. A strong showing in the Elimination Race followed, which resulted in 54 points, and a ninth-place finish, to set her up well for the points race, where she crossed the line in 15th place, with the total number of points gained resulting in a 13th place final position.

“Yeah, I’d say I’m pretty heartbroken but pretty proud of myself. I felt I came today in the form of my life and in that Scratch race I put myself in the right position, I felt really good, I was coming over the top. Today, I don’t know what would have been possible but I believe a medal was, and just to be taken out and to kind of have that taken away from me, and just to have the wind taken out of me. I was battered, and to come back from that was really difficult.”

“I guess more than anything I’m just proud of myself for never giving up, and you know, fighting all the way to the finish, I think that’s what the Olympics is about, and that’s what Team Ireland is about. I’m heartbroken and probably will be a while but I’ll come back stronger and Paris is only three years away.”