Doherty and Harvey make it two wins from two 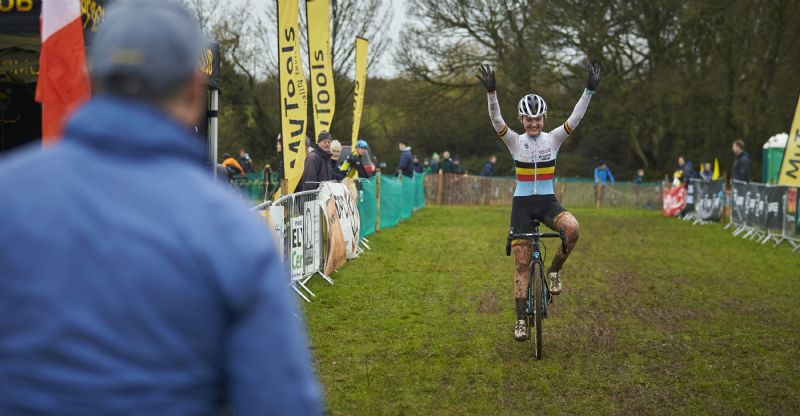 Aine Doherty crossing the finish line at Round 2 of the Cyclo-cross National Series (Credit: AtomCreates)

Aine Doherty and Dean Harvey stormed to victory in round two of the Cyclo-cross National Series in Thurles, Co. Tipperary on Saturday with both riders making it two wins from two in the series.

In the women’s race, Áine Doherty racing with VC Glendale claimed victory beating her nearest rival, Grace Young by 29 seconds. The 16-year-old showed her strength again in round two to secure another impressive win while Stephanie Roche came home in third.

In the men’s race, Spellman-Dublin Port rider Dean Harvey had one minute to spare over second place Darnell Moore. Richard Barry finished 1:59 down to complete the podium.

Liam O’Brien dominated the junior men’s race, finishing 2 minutes and 27 seconds clear of his nearest rival. The battle for second place was much closer with round 1 winner, Joseph Mullen prevailing against Travis Harkness who finished just 3 seconds behind.

In the masters categories, Alan Bingham took his second win of the series in the M40 category. Evan Ryan and Ronan Killeen rounded off the podium.

In the M50 category, European M50 Cyclo-cross Champion Robin Seymour had an impressive with Des Woods and Fearghal Regan finishing in second and third place respectively.

Paul Birchall took the win in the M60 category ahead of Michael Hines and Glenn Watson. 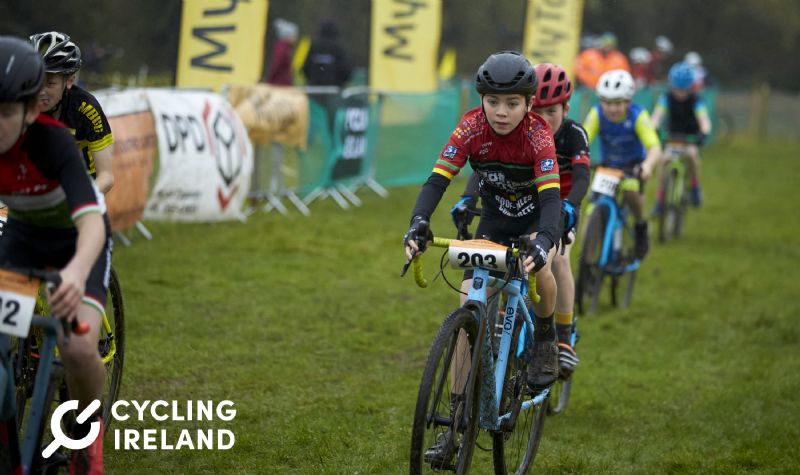 Youths competing in round 2 of the Cyclo-cross National Series (Credit: AtomCreates)

There was also a full complement of youth races to start the day, with U8 all the way to U16 categories featured.

Bellurgan Wheelers will play host to round 3 of the Series on December 28th at McCrystal's Track in Co. Louth.

There is plenty of racing to look forward to in the coming weeks with Dublin set to welcome some of the best riders in the world as the Sport Ireland Campus are hosting a round of the Cyclo-cross World Cup on December 11th. With Wout Van Aert and Tom Pidcock among the big names set to race, it's not to be missed! Purchase your tickets here.

Provincial Championships will take place on the 18th of December.