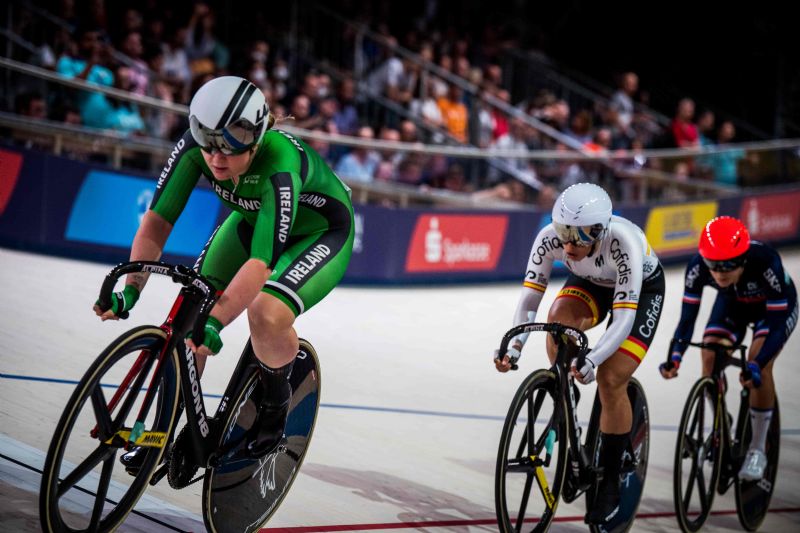 Cycling Ireland has announced a strong team for the UCI Track World Championships which take place in Paris from October 12th to 16th.

Ireland will be represented by Emily Kay, Lara Gillespie, Kelly Murphy, Mia Griffin and Alice Sharpe competing in a range of endurance events while Orla Walsh will compete in the sprint event.

Off the back of a successful European Track Championship campaign, Ireland’s track riders will be targeting more success as they compete in a wide range of events in Paris.

"This is a strong team that has been in good form this year and we can go to Paris and look to build on that progress ahead of the Olympic qualifying process commencing in February. UCI points gained now are very important for our strategy heading into next season."

The team will be looking forward to experiencing the venue that will be used for the 2024 Paris Olympic and Paralympic Games. Dan added:

“It’s renowned as a lovely track to ride, very smooth, and it’s in a very large capacity stadium so racing in Paris always has a good feel as a rider. It will be good to get everyone acquainted with the facility ahead of time as well.”

Despite initially being offered places for the team sprint events and men's team pursuit by the UCI, High Performance Director, Iain Dyer confirmed Ireland had not in fact qualified for those events.

“We were amazed to be offered places in the men's & women's team sprint and men's team pursuit initially. We knew we hadn’t achieved eligibility for these events this year, but it seemed the UCI wanted to get the numbers up, I think! Joking aside, it took them two further goes to finally get their quota allocation correct, so for the avoidance of doubt we didn’t qualify for those events and we weren’t eligible for those places in line with UCI regulations.”