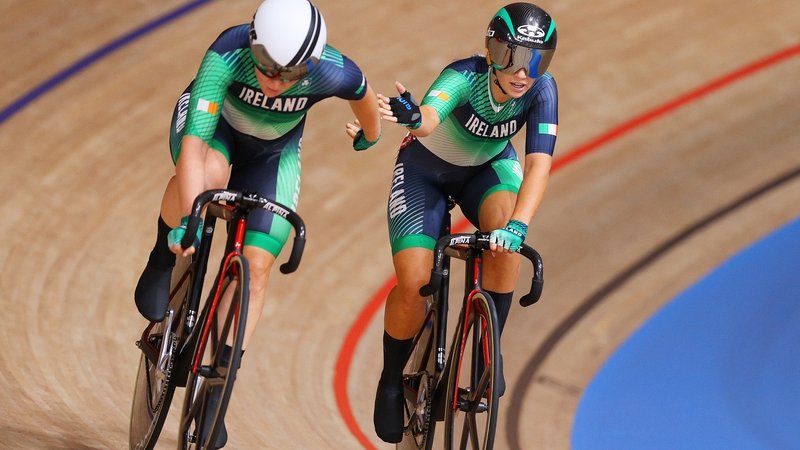 Ireland suffered a DNF in the Women’s Madison after hitting the deck and losing two laps during a chaotic track race.

Shannon McCurley and Emily Kay teamed up with hopes of a top 10 finish however a frenetic pace and heavy fall combined to derail their plans.

Shannon McCurley, a 2-time Olympian, crashed hard after touching Italy’s wheel during a hand sling in the early stages of the 30-kilometre race. 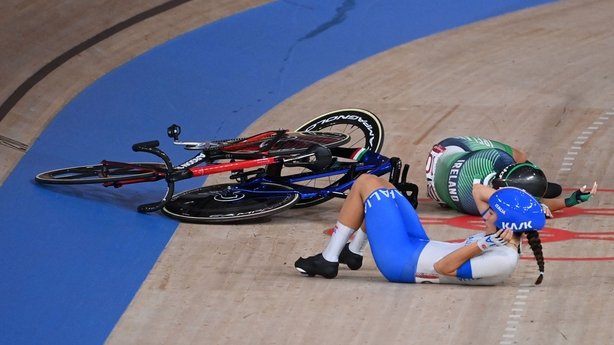 McCurley was quick to remount her bike but with a strong pace being maintained at the front of the race, Ireland lost a lap resulting in a 20-point deduction.

The Netherlands, Poland, and Belgium were next to suffer falls as riders became caught up in heavy traffic during a changeover.

It was a Madison masterclass from Katie Archibald and Laura Kenny of Great Britain who won gold. Denmark claimed the silver medal with the Russian Olympic Committee in the bronze medal position. Tokyo 2020 is the first time the Women’s Madison has featured at an Olympic Games.

Emily Kay, making her debut at the Olympic Games, will race the Women’s Omnium on Sunday from 2 am. Shannon McCurley suffered no serious injuries and has been discharged from hospital.

“Today was a really, really tough, and obviously we suffered a heavy crash early on which kind of pushed us into the red and made the race really difficult for us. It’s really disappointing because it’s definitely not what we’ve worked for or what we’re capable of and we didn’t really get the chance to show that today.”

“We fought to the end and gave it everything we could with the cards we were dealt, so you know, I’m just trying to take the positives from it. I get another chance to race again on Sunday and give that my best and try and put down a result and obviously I’m proud to now be an Irish Olympian. A disappointing day but we will refocus and go again.”