Burns, Timothy and Grimes give it their all on the second day of the Paracycling Track World Championships 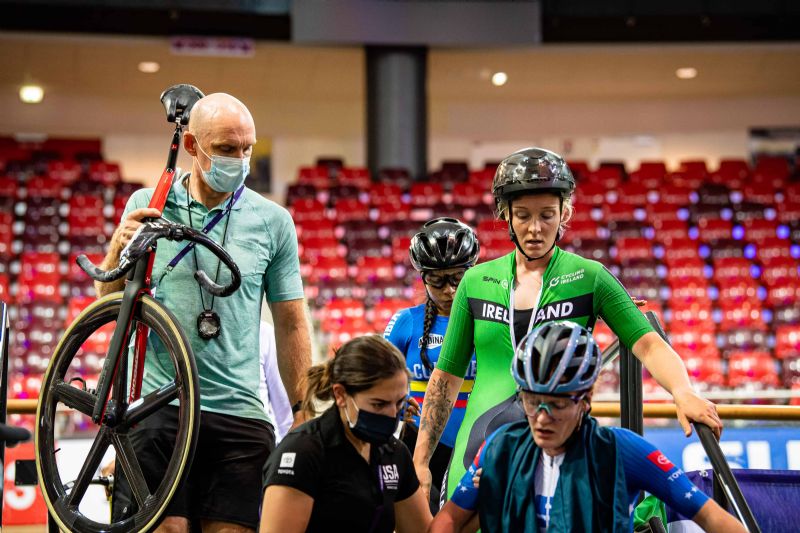 It was another busy day of racing for the Paracycling squad at the Track World Championships in Paris with Richael Timothy narrowly missing out on a medal in the scratch race.

Richael Timothy fought hard in the scratch race to finish in fourth place. Timothy, who previously won bronze in the same event at the Paracycling Track World Championships in 2020 gave it her all and in the end had to settle for fourth.

Commenting after the race, Timothy said:

“It was an easy enough race. I suppose I was on the front for a good bit and probably looking back now I should’ve gone. I might’ve had a better chance, but I think I thought there was longer left then there actually was so it’s probably my own fault really.

Speaking about her performance so far in competition, Timothy added

“I think I’ve done better than what I had expected I suppose time wise and then the scratch race I had obviously hoped to medal in that, and I came as close as I could have.

“It’s been really good, it’s good to get the chance to race. I like the velodrome here so hopefully tomorrow will go well.” 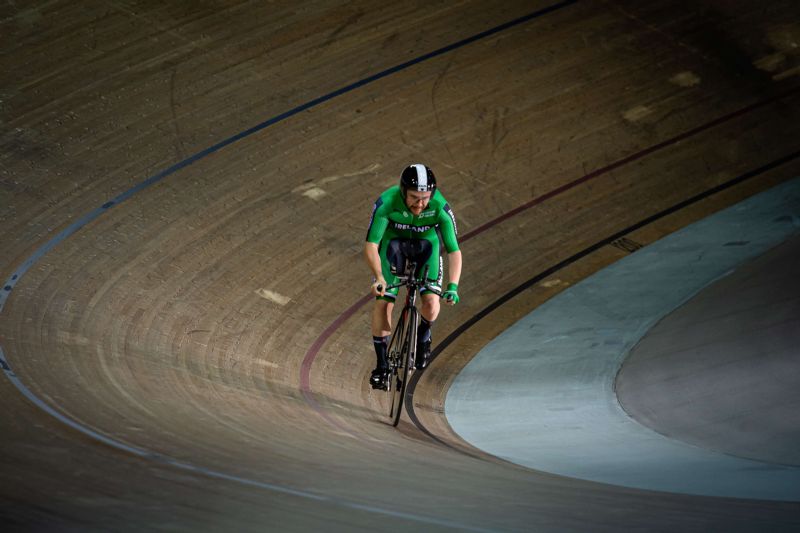 Chris Burns finished in fifth place in the 1km Time Trial matching his qualifying performance where he posted the fifth fastest time while knocking two seconds off the national record earlier today (1:14.383). Burns covered the 1000m distance in the final in a time of 1:15.122 which was enough to see him finish in fifth position.

Burns has shown great consistency so far in the competition and is in a good position for the overall Omnium which ranks riders based on four events: flying 200m, individual pursuit, time trial and scratch race.

Burns was pleased with his performance today.

“It was a very positive and consistent performance. I’m just going out to be consistent and hopefully improve that a little bit but we got the consistency and we’re still in the shout for the omnium so it’s all still to play for.

“Yesterday’s events gave me good confidence going into today. I was really surprised I beat my own Irish record by two seconds, it was a big chunk to take off that so I’m over the moon with that” Burns added. 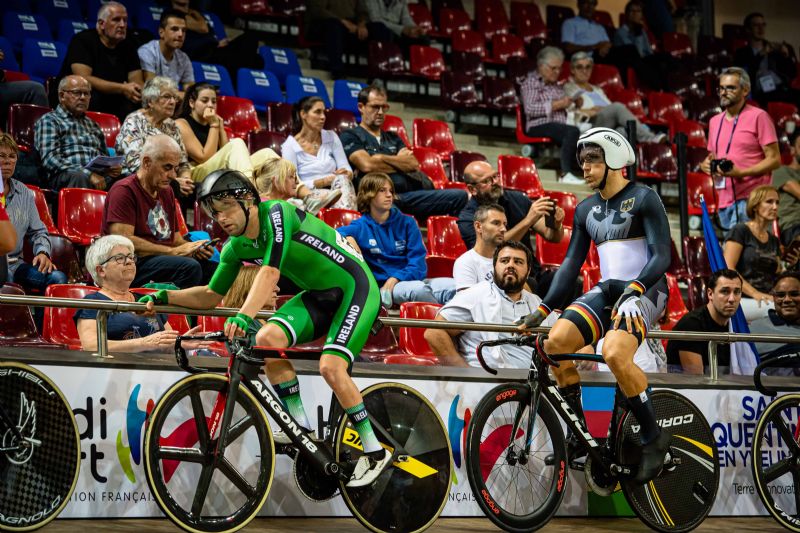 Ronan Grimes put in a courageous effort in the MC4 scratch race, lighting up the race with multiple attacks only to be caught within the final two laps.

Right from the start gun, Grimes attacked in an attempt to lap the field. He was joined by Devon Briggs of New Zealand and came agonisingly close to reaching the back of the bunch but as the pace picked up, the bunch began to close the gap on Grimes and Briggs and they were eventually reeled back in with 35 laps to go.

After spending some time in the bunch to recover after his effort, Grimes kept the race alive with a few short attacks only to launch a solo effort with 17 laps to go only to be caught by the bunch with two laps to go, ultimately finishing in 8th position.

Speaking about how the race went, Grimes said:

“It was a sixty-lap race and I think from the gun I tried an effort with the kiwi rider, and we got so close to gaining a lap. I’d say we were ten metres before the wheels started fell off – ten metres from catching the bunch and it (the gap) just went out and out. So, we were away for I think fifteen or twenty laps. I came back in the bunch, and I think I gave it another go again by myself with I don’t know how many laps I was away, maybe another ten or fifteen and got caught with two to go. I came nowhere in the end; I tried my hardest.”

“I had good fun today. I went all in for the win and unfortunately, I didn’t come away with anything, but I enjoyed it at least” Grimes added.

Gordon and Mullen narrowly missed out on a spot in the final after recording the 7th quickest time, with the top six progressing to the final. Their time of 1:03.239 is a solid performance for their first time competing together and can now focus their attention on the sprint event on Sunday.

Vereker and Mizgajski also missed out on a position in the final with their time of 1:06.717and will now turn their attention to their main event, the individual pursuit tomorrow.