Blistering temperatures and times on Day 1 of Track National Championships 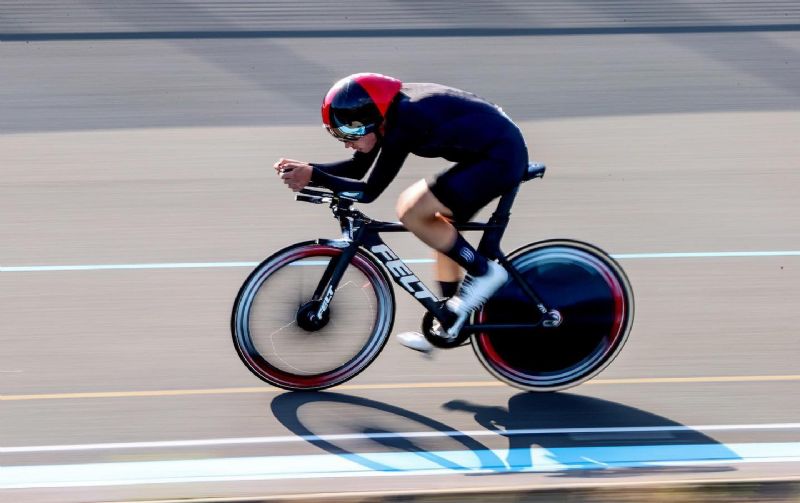 Inspired by Katie-George Dunlevy and Eve McCrystal’s medal-winning performance on the track in Tokyo, Ireland’s elite cyclists were in flying form for the Track Cycling National Championships. Racing got underway in glorious sunshine at Sundrive velodrome with national titles decided in the Men’s and Women’s Sprint, Men’s 4k Individual Pursuit and Women’s 3k Individual Pursuit on the first day of racing.

Kelly Murphy lay down a stunning 3k pursuit time of 3:45.78 in qualification, breaking her outdoor national record by almost 2 seconds in the process. In the final, Murphy lowered the record once again to 3:44.05.

Gabrielle Homer won silver with Caoimhe O’Brien getting the better of Jennifer Neenan in the bronze medal ride off.

Speaking after the race Kelly said:

“I’m really pleased, the weather is really good today and I raced last year, and the conditions are just so much better so to just go faster than I did last year is all I was aiming for. I did it twice so I’m happy.”

Commenting on the importance of the National Championships Kelly said:

“It was worth all the stress getting here. It’s so friendly, the people here love the sport, and they know their stuff, and it’s always great vibes.”

In the final, Michael O’Loughlin went ever faster to secure national honour for the second year running in 4:41.15. Conn McDunphy added a silver medal to his palmers with Cian Keogh measuring his effort perfectly to round out the podium in third.

“I’m pretty happy, it was a couple of seconds quicker than qualifying and a lot quicker than last year’s times. I think the weather had something to do with it and maybe a bit more form. It was actually a lot of fun out there because it felt quick and I was enjoying it even though it was painful.”

“This is the one thing that has kept me going out on the bike the last few weeks, and really pushing on, and a couple of hard double days. It was a pretty big goal of mine, for a lot of riders here it is a big goal for them. I think it’s getting bigger and bigger every year, the setup this year is even bigger than last year which is great to see.”

In the Women’s Sprint race, Orla Walsh cruised through the qualification rounds and into the final. Facing off against Deirbhle Ivory in the best of 3 races, Walsh won two in a row to retain the national title she won last year. Deirbhle Ivory winning the silver medal.

The Men’s Sprint was a fascinating encounter as two of the pre-race favourites, Harvey Barnes and Conor Rowley eased into the final, decided over the best of 3 rounds.

Harvey Barnes, fresh from the U23 European Championships got the better of former Junior World Keirin Champion, Conor Rowley, powering to a 2-0 victory and the national title. Rowley had to settle for silver with James Glasgow beating Dmitri Griffin for bronze. 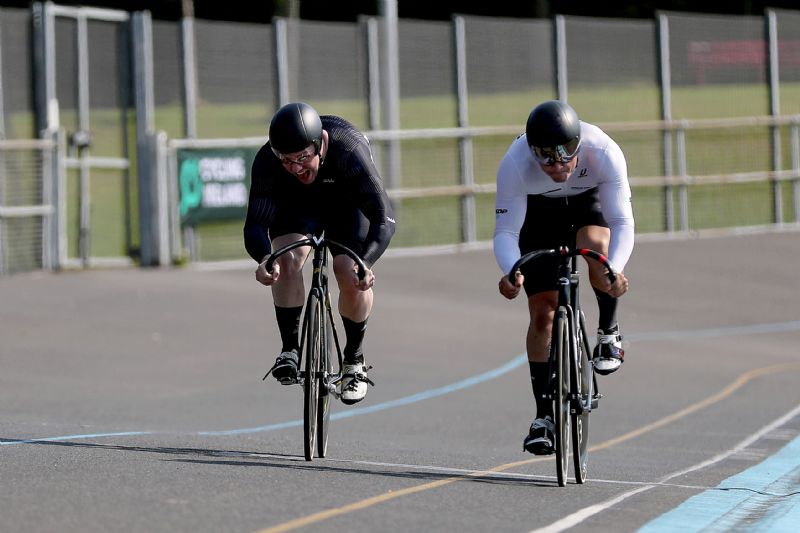