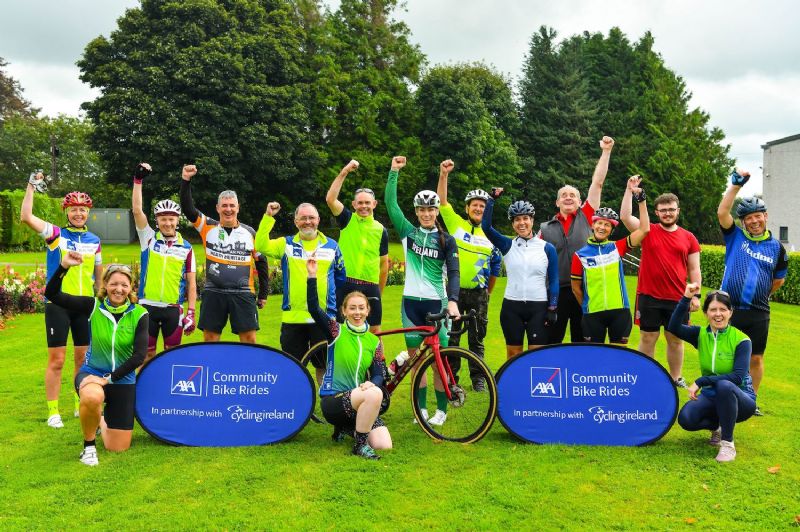 The members took part in a 25km cycle with Eve along the Old Rail Trail Greenway which runs from Athlone to Mullingar. They then enjoyed a social coffee stop in the Tuar Ard Café and it was a great chance to get to know other members and leaders, as well as chat with Eve.

One lucky member, Tim O'Shea, won the draw on the day and went home with a voucher for a new bike worth €1000! Tim is a very active AXA Community Bike Ride’s member, having already completed over 100 rides and we wish him many happy miles on his new bike.

Well done to everyone that took part in the competition by participating in a bike ride between August 1st  and September 8th.

Watch some of the highlights from the special event below.