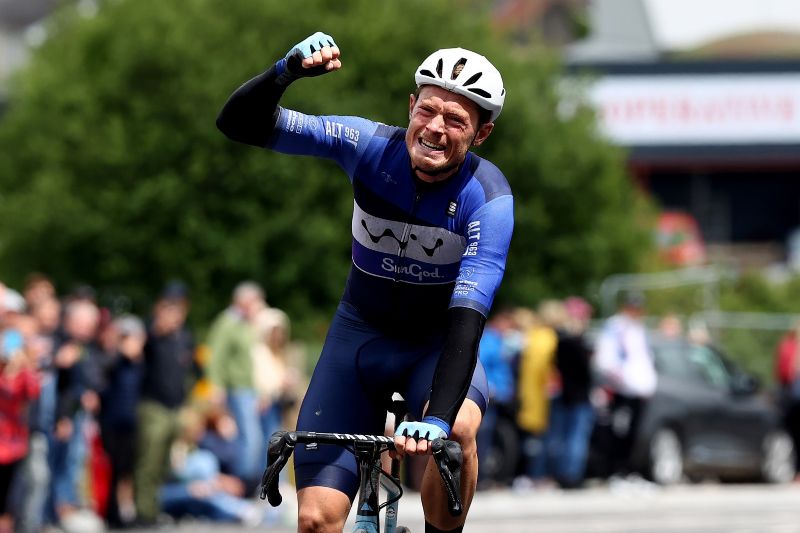 Rory Townsend (Wiv SunGod) realised his dream of becoming Irish road race champion on a wet day in Kanturk on Sunday, attacking repeatedly early on to form the day’s breakaway, gaining a buffer on race favourite Eddie Dunbar (Ineos Grenadiers) before the hardest climbs and then proving best as the day went on.

Dunbar had shown great form in bridging across to the lead group but become unwell during the race and faded soon afterwards. He slipped back to the chase group and was later distanced from that too. New time trial champion Healy had expended considerable amounts of energy in driving the chase group along and also faded, although he was able to recover and rejoin the group he was in.

Townsend eventually droped McGeough inside the final five kilometres, soloing in 26 seconds ahead of him and two minutes 25 second in front of former national champion Healy, Harvey and Rafferty.

Harvey outsprinted Rafferty for the under 23 prize, while Archie Ryan (Jumbo-Visma Development Team) finished eighth in the event and took bronze in that competition.

Townsend was very emotional after the finish and later spoke about how he felt. “It is absolutely mental. I can’t really believe it at the moment. Everything went right today, I am so glad.

“I was trying get away before the climbs. I knew that I could sit at a decent tempo all day, but I knew there was no chance I would be able to follow Eddie on the Castleisland climb. So I got in a group of four on the second climb of the day and I said to the lads that all we need to do is to make it to the top of that next climb. That is our finish line, in a way. As I said, things just went perfectly.” 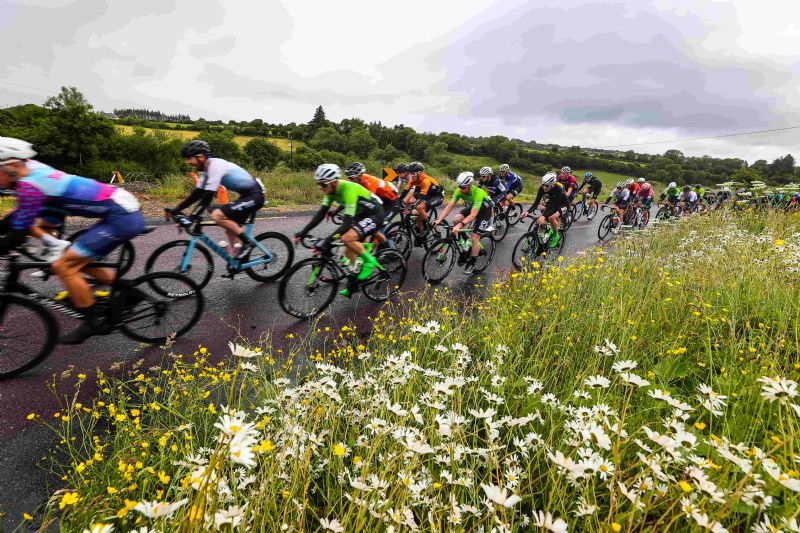 Absentees included defending champion Ryan Mullen and his Bora-hansgrohe teammate Sam Bennett. Both are expected to start the Tour de France next weekend and so travelling back for the nationals didn’t fit with their schedule this time around.

The riders faced a total of 163 kilometres. There was a very tough 103 km loop and then four laps of the same 15 kilometre finishing circuit as was used in Saturday’s races.

Numerous attacks fired off after the end of the neutralised section, but each of those were brought back. Some of the most active were local rider Dillon Corkery (CC Etupes), Rory Townsend, Daire Feeley and Dunbar, but they were closely marked.

They raced onto a series of climbs. Buller was dropped while behind Dunbar attacked and began making his way across the gap. He bridged across to the three leaders on those climbs, while behind Healy, Jesse Ewart (Team Bike Aid) and Darren Rafferty (Hagens Berman Axeon) were chasing hard.

The Healy group closed the gap to 15 seconds but at the end of that big 103 kilometre opening loop, that gap had soared to one minute and four seconds. The McCambridge group was at 1 minute and 54 seconds.

Healy, Ewart and Rafferty continued to work hard and by the end of the second of those four finishing laps, they had slashed the lead to 26 seconds. The third group on the road had conceded ground and were at two minutes 18 seconds.

Harvey lost contact with the group heading back into Kanturk. He was picked up by the three chasers before the start/finish line, where they were 22 seconds behind the three leaders. Surprisingly, Dunbar was dropped on the climb soon afterwards, and later said that he had been ill during the race and ran out of energy. He slipped back to the chase group, who were 40 seconds behind the two leaders will one lap remaining.

Townsend put in an acceleration the last time up the climb to test the legs of McGeough, putting him under pressure. He then went all out later in the lap, jumping clear several kilometres from the finish and soloing from there to the line. He raced in 26 seconds clear.

Further back, both Dunbar and Healy had been dropped by the second group but the latter rallied and got back up to the others. He was strong enough to take third, two minutes and 25 seconds back, while Harvey and Rafferty finished just behind him, netting first and second in the under 23 competition. Ewart was four seconds further adrift to complete the top six.

The story of the day was Townsend, though, and he was elated at the finish. He’ll wear the distinctive white and green jersey for the next 12 months and will use that to try to spur him on to further strong results. 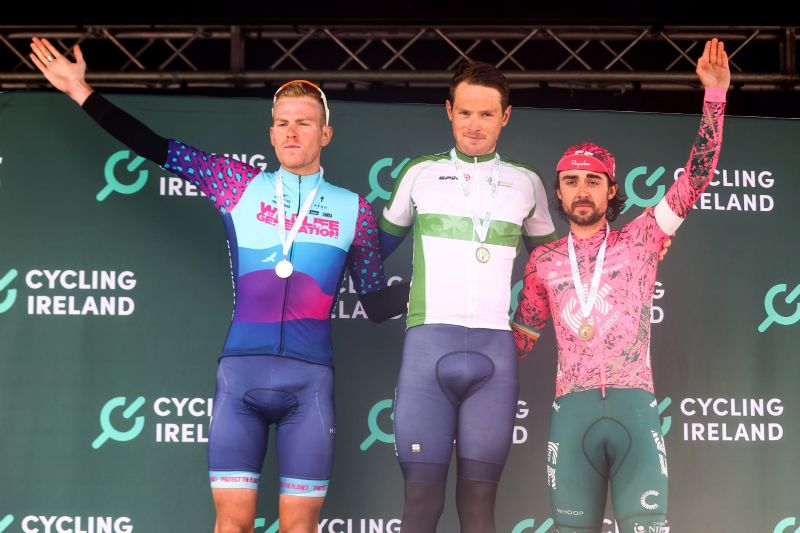 Elite and under 23 men’s road race: